Found and reported a bug

Hi. My name is Dill pickle.

Also: nobody panic, but @Dill pickle and I have taken over the status page. 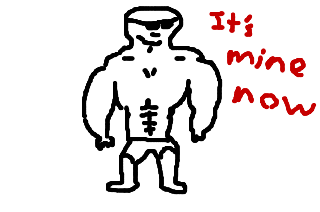 if you guys remember when i talked about tumblr implementing an awful group chat feature, they removed it recently without announcing and no one noticed bc no one used it
Go to status

a reaaally long time ago there was an MMO called Asheron's Call and it had a weird bug where certain accounts would always take aggro of every mob on the map they were on once someone got in range. like every time the party entered a room they would always ALWAYS go after one specific person. and the devs swore up and down that there was no such bug and everything was fine until years later they discovered the way initial aggro is determined was extremely fliped up and was causing the bug. i always think it's so funny how they just gaslighted the community like that for years but it turned it to be true.

anyway the devs were Turbine, and I played another one of their games, Dungeons and Dragons Online, which eventually split from Turbine and formed Daybreak Games. and the DDO dev team had the exact same style of development: players report a widespread bug that affects nearly everyone and the devs tell us we're crazy and the bug isn't real, then they silently fix it years later.
there was one particular bug that irked me about an ability i used a lot, and it (according to the description) had two different damage profiles depending on whether it was targeting a boss or not. but in actuality it did no damage to bosses and both instances of damage to mini-bosses. the devs assured us the ability was working fine and the bug wasn't reproduceable despite everyone in the community confirming they were affected by it. and then the bug was silently fixed 7 years later.
also the same update that added that also had another ability that did aoe damage to undead but forgot to check if the undead were hostile so the wizards in your parties that could turn undead would just randomly explode. that was funny

also later the owner of Daybreak Games would be implicated in the Russian hack of the 2016 election which caused Daybreak to delete every single document or post they made connecting them to their parent company and they said they only accidentally announced the acquisition back when it happened and they were never owned by that company. and so no one actually knows who owned Daybreak until they got bought by EG7 earlier this year.
so gaslighting the community about basic facts everyone knows is just what happens at Daybreak.

pissing ppl off in dead by daylight is genuinely so much fun. i try not to be a bad person but i feel so happy when i make someone ragequit
Go to status

im going back to playing killer in dbd but it isnt as fun as it was the first time because now im a survivor main and seeing what the average survivor does hurts me now. these are the people that are on my team when i play survivor 😭😭😭
Go to status

funny how people play destiny 2 the space wizard simulator game and then complain that theres too much space wizardry. if you want csgo go play csgo jeez
Go to status

this dude copyrighted a fandom page he wrote lmfao

exciting year for the suez canal
Go to status

btw i already know you all have a crush on me and are just too shy to admit it but I'm gonna have to reject u all because i am already promised to someone who is unfortunately not real
Go to status
v3.2