I just check in a couple times a year to see if this place still exists. I'm practically an old man now (28, as of now), long graduated from university and working as a software engineer.

'Ello there, name's Wayne and obviously I'm an Administrator of this here website. I tend to handle some of the back-end systems. I'm also the one who developed our drawing application - QuickNotes. *strokes ego*

I'm a 20-year old university student (like I'd tell you where ), currently dual-majoring in Philosophy and Computer Science. With regards to the former, my chief interests lay in the branches of the philosophy of religion, ethics, logic, epistemology, metaphysics, science. However, my knowledge of philosophy is still very slight as of now.

With the later, I mainly stick to web programming languages, though I plan on expanding my repertoire by learning languages like Ruby and C++ soon. I'm also familiar with some things within IT as well. I'll soon be doing some freelance work most likely. Lastly, I have some interest in developing some video games, with a couple of ideas for a great game or two floating around in my noggin.

Sometime in the near future (hopefully soon), I plan on getting into and becoming familiar with video production and editing, and putting those skills to work by making YouTube videos on various subjects, including Philosophy, Science and maybe some light social commentary.


Some activities I enjoy doing are reading (I'm an avid reader; mostly philosophy and programming books, with the occasional fantasy tome), programming (obviously), exercising by swimming (former collegiate swimmer), playing video games (I play all sorts of games) or chess, and just plain laying around like a bump on a log. 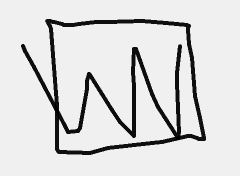 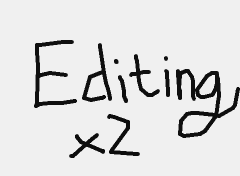 Might be a good time to learn web assembly.
Go to status

New guy plugged in a lab device to the network and screwed everything up today. What a 'fun' few hours getting everything running again was. At least I get to work from home normally, and not have to focus on work mostly, lol.
Go to status

My bi-annual check-in. Nearly with my Master's in urban planning. Not a field I expected to go into after degreeing and working in software engineering and CCNP, but it's fun. Sadly I also just broke up with someone (we're still good friends, but I'm a little broken up about it).

Thankfully, watching a movie with my best friend is cheering me up, she's great. Catch y'all later, glad you're doing good @rayword45

Damn I missed @Skittles it seems, anyways, check in that I do every now and then, should be receiving my Master's degree in Data Analytics very soon, but still have yet to secure a job, attempting to move to NYC
Go to status

Oh goodness, a quick notes contest? Dear lord i didn't even remember if I finished that thing, it's been nearly a decade lmao
Go to status

Been having crazy fun playing Risk of Rain 2 with friends lately. What a fun game
Go to status

Does Ray still come here ever?
Go to status

Woooow, I'd forgotten I gave myself this flaming unicorn badge. Think it's from UN Squadron, heh. 😅
Go to status

@Dill pickle Bloomberg's only real hope is to close Sanders's plurality of the Dem votes enough that the party leaders will be able to claim he's best to run in the general. No real hope for him at this point though.
Go to status

*stumbles in drunkely*
Yo.
*stumbles out*

@.:A-MAN:. Have you put together a portfolio of some of your pest CS work? I remember a friend of mine had already done one before he graduated high school. Ended up not even getting his degree since he got a decent job so fast. I've always been super jealous of him, lol.
Go to status