Haven't posted in awhile.
Got a RMR for my Sig P226. Can't wait to test it at the range.
Also, was there any good deals during Halloween Steam sale? 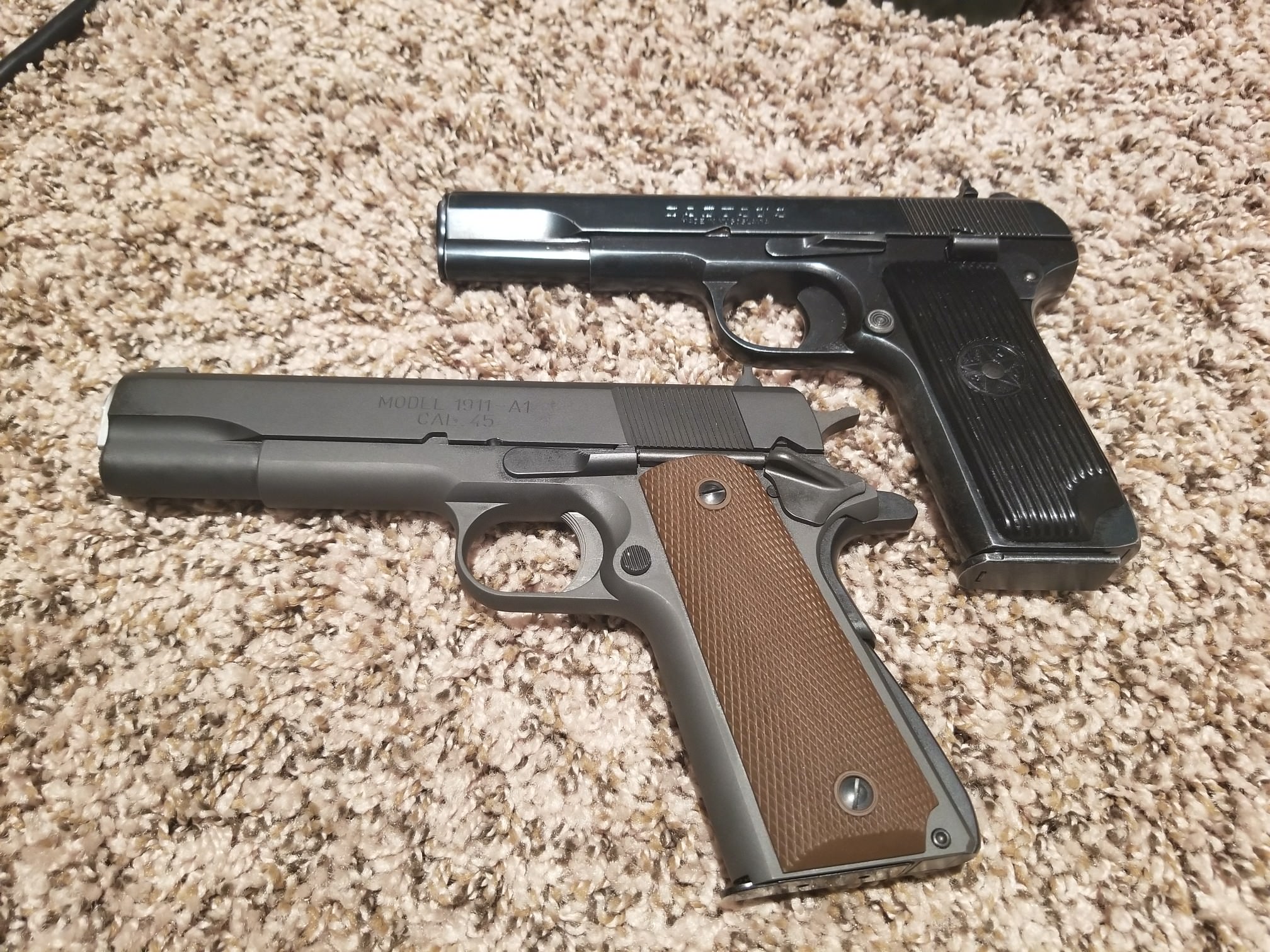 Found a cheap Tokarev. Shoots 9mm though. Could upgrade it and shoot 7.62x25 but I prefer 9mm since it's more abundant.
Go to status 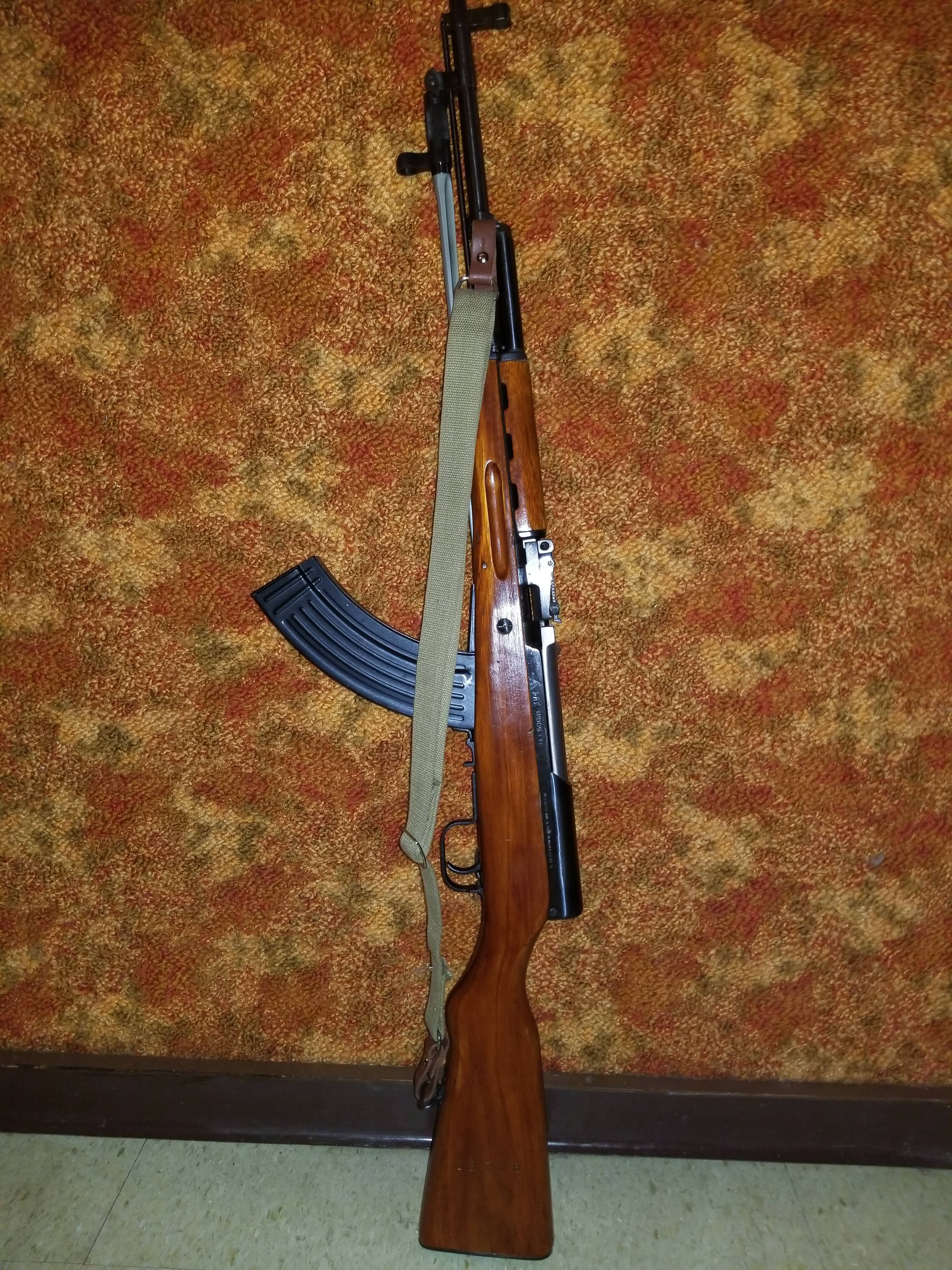 Got back from shooting, I was too busy to go shoot it when I got it. Upgraded it by getting the original cleaning kit + cleaning rod + the spiked bayonet but also gotten a ProMag blue steel 30 rounder instead of the 10rd. Doesn't quite like the soft point ammo (nothing to do with the mag, just how the gun works). Eats FMJ no problem which is shocking given the bad rep ProMag has. Just looks beautiful, nothing beats wood and steel.

@EvilWaffles is your Xbox softmodded? I just got the cord today and am having issues.
Go to status

It's pretty amusing seeing all these insane arguments from either anti-gun and pro-gun in wake of recent mass shootings on Reddit. Well, not really.
Go to status

Man, didn't realize how cheap 7.62x39 was. 20 rounds of Red Army steel case, $5. Kind of figured you got less cartridges out of it.
Go to status 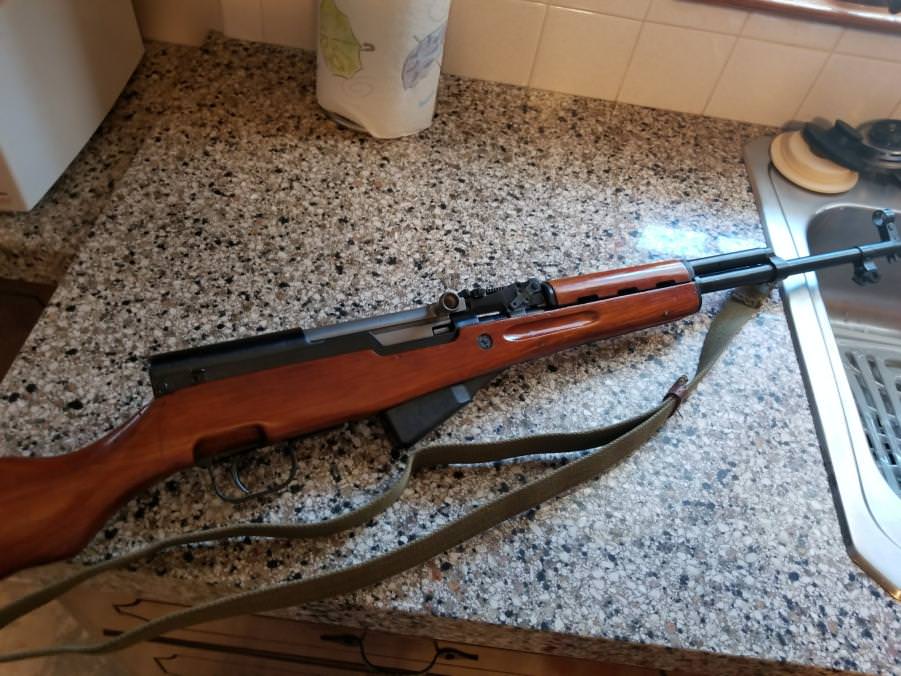 Found this beaut. Norinco SKS, was originally looking at a Yugo 24/47 but this was even better and only $40 more.
Go to status

Wuw, it works. Doesn't like Herter's though. It'll fire it but sometimes the firing pin will strike the primer but not set off the round. Cheapo ammo though, kind of expected. I think Armscor is gonna be the main ammo, along with Winchester. Gonna have to try out some JHP. Not sure if 1911 will work for lower grain ammo though, 230gr is what was meant to be shot. Just have some Sig Vcrown 230gr ammo which isn't ideal, want lower grain for a 45 in hollow point.

Anyone excited for Final Fantasy 12 on PC? Don't need an emulator anymore to play it but the spec requirements are out of this world for such an old title.

Got my gun back from warranty. As I suspected, was the rear spring engagement with the hammer.
Also, got my W2. Now for needed groceries and importantly, vodka.
Go to status

Thinking of the next gun I'll get.
Was either gonna get an SKS, a variant of Mosin Nagant (since they are so popular), M48, or an S&W 15-22. Probably just gonna get a Mosin because of ammo is abundant or the 15-22. SKS is nice though, rough choice.
Still haven't got my pistol back from SA.

Gotten a T530 ThinkPad. Pretty crazy, the LCD can overclock to 130Hz and works perfectly. 900p panel though but not a big deal to me. Got this one because it's the only laptop I'd want, hate using trackpads for anything, got to have a nipple.

Also, rip wallet. .45ACP isn't cost efficient. Kinda knew that before getting my 1911 but 20 rounds of JHP 230 gr costs as much as 50 rounds of FMJ 230 gr. But it's not like I'll be using much JHP anyways. Turns out my 1911 has an issue with the sear and hammer, so I gotta get warranty work on it. Shot 100 rounds but every three or so rounds in a fresh mag, the hammer would fall to half apple sauce (which is a safety feature, keeps the hammer from accidentally falling and hitting the firing pin). I'd have to apple sauce it back to continue firing.

Oh, and Merry late Christmas! The weather here in Kansas is very chilly. Almost hit a poll sliding into the driveway. Safe driving to ya gents.

Haven't been on in awhile. Site looks different but I like it. 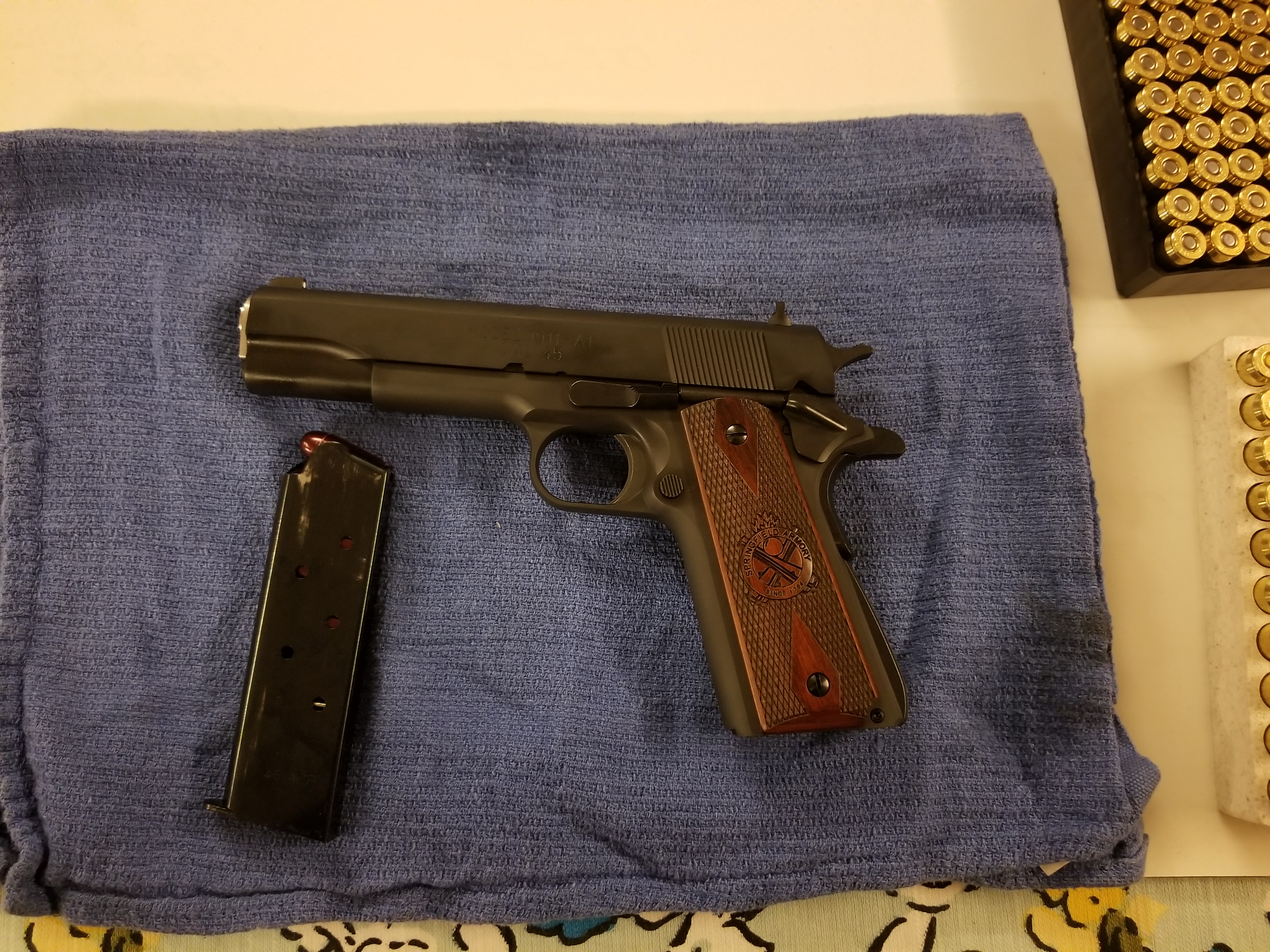 Got this beauty, SA Mil Spec 1911, .45. Always wanted one of these suckers, can't wait to shoot the crap w/ some coworkers and pop some rounds at the firing range. Have to put in some wear.

We should probably make a Discord channel for SocialCube, no?
Go to status

Something something Trump
Go to status
v3.2