Super supporter! Donated $$$ to keep SocialCu.be up and running for years!

I enjoy long walks on the beach.

I decided to change things up a little and tried using Opera instead of Chrome since it's Chromium-based. I actually really, really love it (at least on PC/Mac, less on mobile). It looks a lot cleaner than Chrome and the sidebar has buttons that let me pull up Messenger/Google Messages/Socialcu.be in a temporary pop-up window without having to go to the sites in a new tab
Go to status

I've been at my company for almost three months now and giant changes are starting to hit. I used to be on a team of 3 Android engineers (including myself) and 3 iOS engineers so I had a pretty strong pool of people to fall on for specific technical help. The people that did the backend and web complement of our work were on a distinctly different team. Now all of the teams in our department were completely restructured, so my team is 5 backend/web devs, 1 iOS dev (who is on paternity leave for the next month), and 1 Android dev (me). My new team is responsible for some pretty cool stuff that some of you probably use, but it's pretty intimidating being the only mobile dev for the next month and the only Android dev for the foreseeable future.
Go to status

Someone in my apartment building got a 7 month old corgi but lost the time to care for her, so she was looking to rehome her. We took her in for a few nights and fell in love. Now officially adopted- meet Hazel! 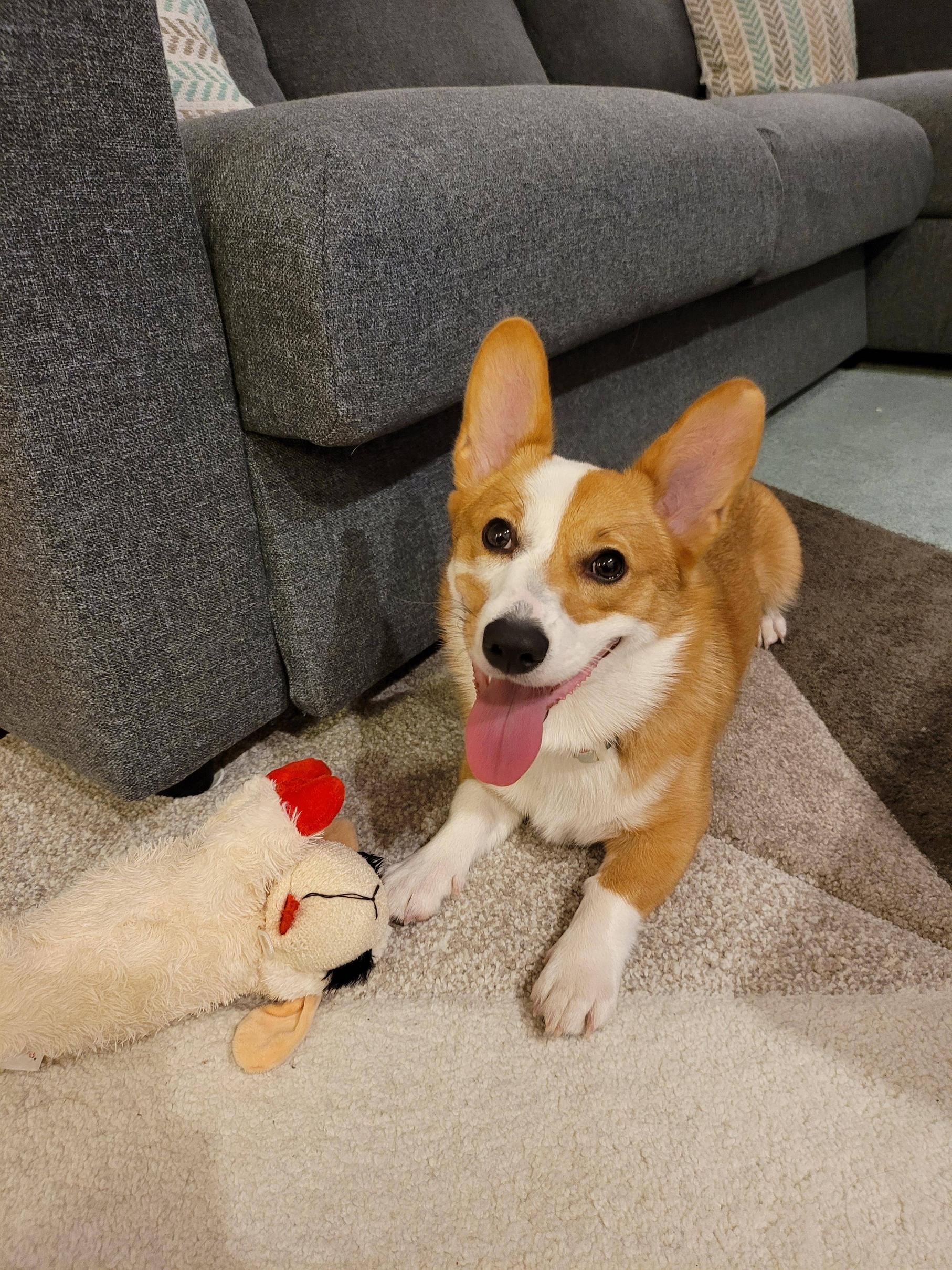 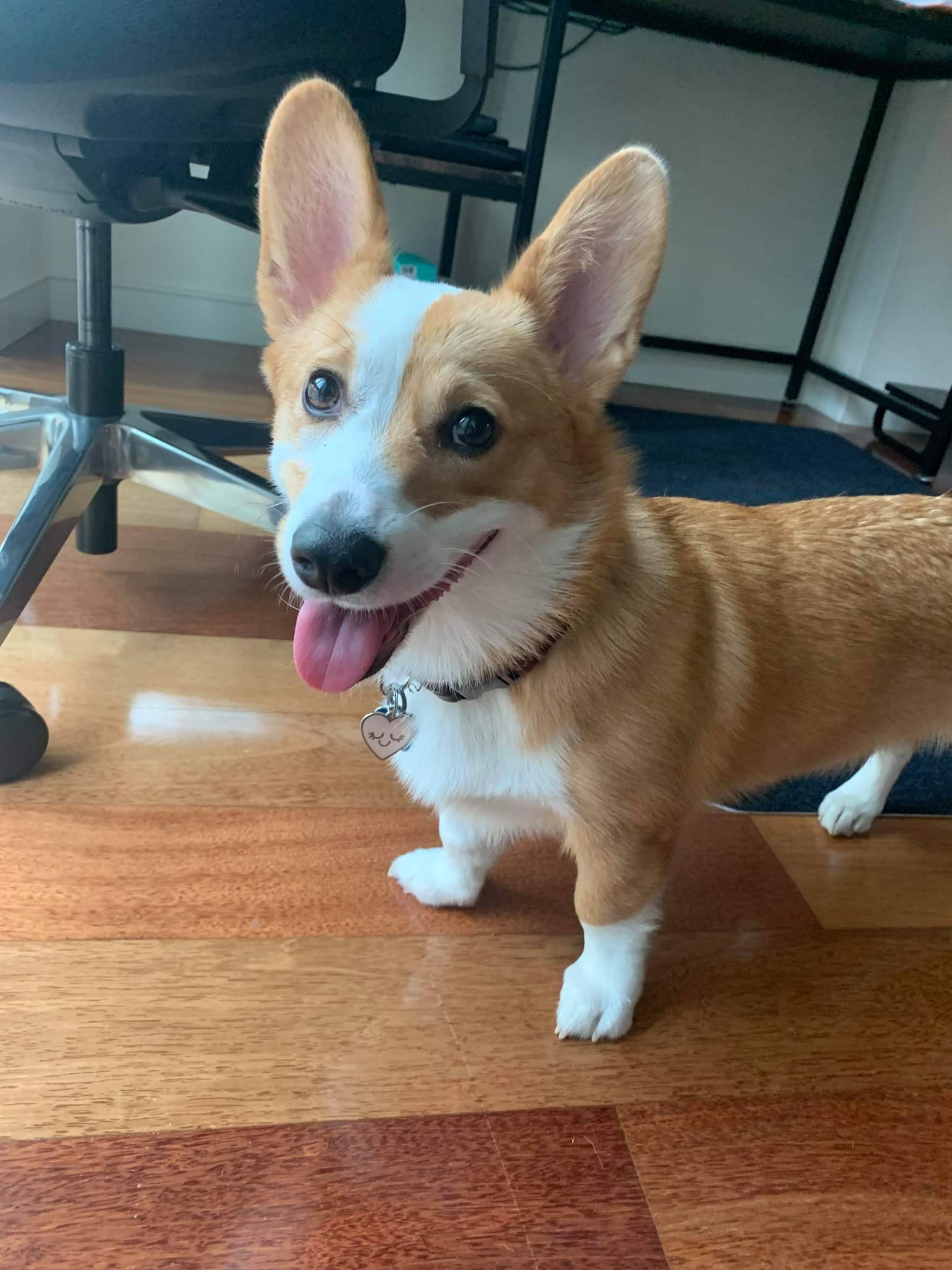 why does line go down
Go to status

Accidentally cut my thumb on a kitchen knife. It was still bleeding after 12 hours so I went to an urgent care. 3 stitches and a brief fainting later I'm all good
Go to status

There's an article floating around that for the last four years, university-aged students have been entering college and have no idea what a file or computer folder is, students that were born in the 2000s and are studying at expensive top-performing private schools to be astrophysicists. I thought it was complete nonsense and I still do, but I've been searching on Reddit to see how people are responding and an incredibly surprising number of people are saying they noticed something similar. Actually, every response was saying they either see something similar or believe it, and nobody said it's hard to believe.

The rationale is people don't use computers anymore, only phones and tablets that obscure files and directories and only write papers on lightweight stuff like Chromebooks. I'm still not convinced. Even if you've only ever used a Chromebook (pretty unrealistic for someone entering college in 2017), Google Docs has a file directory and files, teachers and professors demand .pdf files, and I've basically had to download literally hundreds of different types of files for school. I couldn't just share my college essay with schools directly through Google Docs, I had to download it as a .pdf, locate it, then upload it. Maybe it's real, but I just don't understand it.

The UPS store here charges $5 if you ask them to print your prepaid shipping label at dropoff, but you can also request any print for $0.15? I was able to just send a pdf of my shipping label and they printed it for the 15 cents, in awe at the scam they're trying to run
Go to status

My PC is finally done, pics in comments. My TV does 4k/120 so I don't use it at my desk anymore, just on the couch with a lap keyboard/mouse and it's been a great setup.
Go to status

Retailers shouldn't be able to advertise a super discounted price only to later reveal it's "with eligible trade-in only." It's like advertising a $1000 Tesla, but only if you trade in a Ferrari.
Go to status

I just finished the first two seasons of The Mole that recently re-released on Netflix and it's definitely one of my favorite shows. It's like Survivor, except the prize winnings start at $0 and completing challenges adds money up to a max of $1m. One of the players is a mole working with the producers whose goal is to sabotage the group and lose as much money as possible, and each episode the players take a quiz to figure out who it is with the lowest scoring player being eliminated. Season 2 spoils season 1, so it's definitely better to watch in order.
Go to status

gaah I ordered the last of my watercooling parts with next day air on Thursday, but it was packaged later than usual so it didn't get shipped out until Friday making "next day" delayed until Monday
Go to status

I want to meet the UX designer who said "yes, this is plenty of space for content."