News
Get 'em while they're hot!


Notice: Trying to access array offset on value of type bool in /home/socialcu/public_html/news/index.php on line 55

By SLEDGE on April 15, 2013
There are 8 staff members here, but for some reason I'm always the one stuck being the disciplinarian... Oh well.

Anyway, to get straight to the point, the flirtatiousness has gotten a bit out of hand here. There is a fine line between being loving to each other, because we're like family, and being flirty hormonal cause we are... triceratopses. If you catch my drift. You guys are dancing on that thin line and if it doesn't stop, things will get out of control, and the 10 year old dating children noobs will flock over here cause "hey they allow dating!!!11!!one". We don't. It is one of our direct rules. It is dumb, annoying, and a major drama causer.

The difference between the platonic "&lt;3" that you see .:A-MAN:. post, and the kinda flirting you guys are doing is getting more and more easy to differentiate. Right now it's in control, but if we don't put a stop to it, it will be. If you guys can't stop on your own I'll have to put in a zero-tolerance policy and throw bans around, which I'd really rather not have to do.


Also, I have learned that there has been some profane messages being sent back and forth between certain users. Because PM's are private, the only way to keep you from doing it is by invading privacy, which I don't want to do. So, I am in the process of programming TheCube to detect these explicit messages and flag them. You won't know you've been caught until it's too late. So, If you are one of the users sending these messages, I suggest you stop now before I complete the script and no ban will come to you.

We are like a little family here, so saying &quot;Love you&quot; is okay, as long as it is clearly platonic and not so frequent.

Also, while I'm here yelling at you, I may as well address the attention seeking thing that's been going on(i'm ugly, i'm sad, boo hoo hoo). It annoys people. If you want attention, PM a friend instead of posting it in the status'.

Now, to end on a positive note: 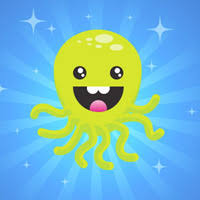 By SLEDGE on April 10, 2013
Just had to put this somewhere I knew everybody would get the chance to read it.

The thing that's making it take so long to open up the dev section, is a class thing I'm doing.

Basically, I'm putting a generic class into all the main div's of the website. For example, tm_head is going to be on all the headers of the site. This will make it very easy for you guys to change everything in a theme without missing any spots. Of course, you will still also be able to target specific areas like you're already doing. There will just be general tags to fallback to so nothing is left blank.

I'm also going to be putting in a form like:

After filling this form out and hitting submit, it will generate you a basic template to work with, and then you will put in the details from there. It will probably also include some checkboxes on what CSS selectors you want put on your template.

I also plan on re-designing the theme page to accommodate all these new submitted themes that are cluttering up the selection page(and it will help you find the more popular ones). I'm also putting in a way for mods to block any user that starts submitting themes without knowing any CSS(it'll be called losing CSS dev privileges or something) so it doesn't turn into a crap pile.

So yeah, that's why it's taking so long. It should be well worth it.
Comments (7)

By SLEDGE on April 10, 2013
I have tweeked blogs up a little bit. You can now have a lot more than you used to be able to. There yah go. Also, I made the delete button work.


However, on a more important note. So stay with me. Many of you do not seem to understand the way blogs here work so let me explain it.

You create a blog(series), which has a generic title such as "My Reviews". People then subscribe to that BLOG for reviews. A blog entry is what it is called when you add an entry to that blog. It is not just a place to dump random crap(unless it's a random crap blog ) like most website blogs are. Our blog system is structured, and works like a real blog website.
If that still doesn't make sense please tell me so I can find a better way to explain it.


Lastly, many of you have been trying to make blogs about website updates. This is what the affiliate section of the forums are for. Please post a "Such and such updates" forum for your website in that area, and update it as you please.

Thank you for reading, with your help we can turn the blog section into a great part of this website.
Comments (10)

By SLEDGE on April 9, 2013
So, as I've mentioned a hundred times before, we have a lot on our plate as administrators right now. There are weeks worth of very important stuff we have to do.

So, to get straight to the point. Please refrain from asking for new features and properties until we have already finished what we have planned. Glitches may be reported via the previous glitches news article or by PMing an administrator. But, pointless arbitrary things like an on/off swear filter(yes, I'm looking at you Ray :P) can wait until the more important stuff is done.

We just released a few days ago and have a lot of important work to do to stabilize the website. We can not be adding new features or be using up our limited time on things that are not as important.

This is not to say we won't add features here and there for you, but let us work at our pace for now.

Later, I will post a news article asking you what you want us to work on, but for now we just need a little space.

I hope to get the site stabilized and new features running soon.
Thank you.
Comments (12)

By SLEDGE on April 6, 2013
If you got your email confirmation when you registered: Go ahead and stop reading.


If you did NOT receive an email upon registration though, please comment your email provider. I need to see if there is a consistent pattern to which users don't receive emails. Only way I'll be able to locate the problem.

By SLEDGE on April 5, 2013
Now that a lot of users are on, a TON of glitches we didn't know about before are showing up. Things like email confirmation, avatars, etc...

Anyway, please comment on this article any glitches you have seen so we can fix them. Before you do though, look down and make sure nobody else has already posted it.


Skittles is working on QN as we speak, and should be open soon.

I am working on a developer-only section of Cu.be that will allow users to submit apps and themes easily and improve the site.

Apps won't come out for a while, LM101 is being a slacker(and he is designing that section).

We are having all-around email issues for reasons I have yet to look into. I'll post a comment or edit this article or something when I've made progress on that, but right now I have no idea how long it'll take. Could just be an easy fix.


I think that's everything, See you 'round the Cube!

PS: Send a PM to TheCube for a little easter egg

<HR>
EDIT: I have solved the email sending problem. You should now receive mail to username@socialcu.be, and then be able to reply. Comment if it doesn't work.

Now for rewards! I said I would give users points for being the first 3 to register. Here is the list:
1.SilverAceV
2.BlueLake2
3.Akise
4.11wert22
5.TheCreator

There is 25 cu. going to the 10 users who followed us on twitter. Please tweet/reweet us so I know who to give the points to(some idiot spammed our feed so I can't really see those of you who already did it).
Everybody else, follow us @SocialCub3 because I will be having more twitter-only contests in the future.


I'll be posting a second article in just a sec detailing the features and glitches(so it's not one long boring dealio).

Congrats, guys! You had a lot of competition for that first spot.
Comments (9)

By SLEDGE on January 28, 2013
Follow us on Twitter @SocialCub3, and you will be eligible to play lots of games, join competitions, and receive prizes in our giveaways.

For our first Twitter giveaway, the first 10 followers will receive 25 free points by tweeting us your username.
Comments (8)