News
Get 'em while they're hot!

- You can view up to 6 of your most recent QNs on your profile
- You can view more QNs by a user on their profile
- You can see how many stars you've received on all your QNs on your profile (under Accomplishments)
- The QN gallery now has some stats at the bottom (not much yet, but more coming later maybe?)
- QNs will now only round to 1 decimal place instead of 0 for higher DPI displays/people who zoom in while drawing
- QN styling has been improved for better legibility (particularly on dark theme)

By .:A-MAN:. on September 29, 2020
Yeah, mostly some minor updates this time (fixing some bugs here and there, like making sure QNs respect the draft flag and using the correct avatar urls everywhere).

However, one BIG update is that the status page now uses ajax for pagination! This should make navigating forwards/backwards much snappier (and use less data if on mobile).

Aside from that, QNs also now support the dark theme better, so that's something.

However, we've got a few additional changes too! @X27 snuck in a few more QoL updates for QuickNotes and I've updated some of the queries to be more optimized so some pages should now load faster!

By .:A-MAN:. on September 23, 2020
Just a heads-up, due to the fact that we will be switching the site to a new host on Thursday afternoon, SocialCu.be will be temporarily unavailable while data is backed up and transferred so we don't miss anything.

If all goes well it should be back up later the same day.
Comments (3) 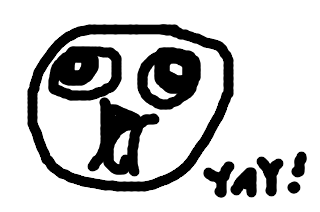 - Overhauled QuickNotes gallery! View latest, hot, and top QuickNotes at a glance or "view more" to see even more of a specific category!

- Improved filtering for your own QuickNotes! You can now sort them by "top" to see which ones most people liked.

- The QuickNotes rating system has been changed to be additive instead of averaged to better represent how much people like them! Plus the rating now updates via ajax so you can see the score update immediately.

- A QuickNotes button has been added to the postbox! Quickly insert a QuickNote (heh, get it? Cuz... it's quick... QuickNotes... yeah) right into your status/forum thread/whatever. You can even insert a QuickNote into your QuickNote comment too now that the QN comments are also using the universal postbox. You can also draw a new QuickNote just by tapping the "new" button in the modal.

- Improved phone/PC QuickNote drawing experience! Now less awkwardly tiny and the tools don't yell at you when you change them like all good tools should do. Oh and it looks a bit nicer too.

- Major improvements and bug fixes to the general QuickNotes experience all around!

- Anything you type into the postbox will be automatically saved whenever you leave the page and restored next time you visit! Super handy for drawing a new QuickNote then coming back to finish your thought. Almost like it was intentionally included in the same update or something.

- Updated the standard BB code list to include the BB code. Oops.

- Misc. bugfixes/tweaks around the site.


Whew that was a bunch of stuff all at once. As always, hope you guys enjoy!
Comments (8)

By .:A-MAN:. on July 8, 2020
Just a minor cleanup of the profile page. Should look much nicer and less cluttered, especially on mobile.

Yeah, yeah I know, "no more site development" and all that. Well I changed my mind. I'm slapping an asterisk on that so it should now be

With that out of the way, what are flair tags? Put simply, they're just extra-fancy BB codes that cost a few cu.bes to use. Some are very cheap, like gold and others are really expensive like stripe! You can use them just about anywhere on the site now, thanks to a new unified postbox.

"New unified postbox?"
That's right! A bunch of different parts of the site were using their own special versions of forms for no good reason other than it was easy when we made it. But now I've made it so they share the same logic and with that they now have a bit of extra functionality. Below the textfield you'll now find a handy button to the BB guide which also contains a list of all the flair tags and their prices! Convenient! Additionally, there's now a handy cost counter to show you the how much your flair tags will cost before your submit. It's also just a quick way to check how much cu. you have.

So go crazy with Flair Tags! Burn those cu.bes like the high-roller you are.

Note: careful with nesting flair tags, some css will override other ones which would be a big bummer.
Comments (5)

By SLEDGE on June 8, 2020
My brother found a USB drive of mine and it is basically a snapshot of my life in 2012. A screenshot of a video call with my highschool gf and DSiComm backups and stuff it's nuts.

Under a backups folder I found this file. It is the first 200 DSiHub articles, last modified 2010. I have no idea why I had this file or why it's formatted like this but here it is.
Comments (6)

By .:A-MAN:. on May 26, 2020
Well, even though I said I wouldn't, I ended up making some quality of life updates for the forums since it was bothering me.

Nothing super huge, but they should actually be bearable to use now (what a novel concept).

A few changes to note:
-Backslashes are fixed
-Pagination looks more consistent/fits on screen better on mobile/is more useful
-Thread starting post is highlighted with blue borders
-Text box looks more consistent
-Writing a new reply will automatically take you to the last page so you can see your comment
-Page navigation is more obvious and less awkward to use

Knock yourselves out.
Comments (1)

Thanks for bearing with us as we revamp our back-end security. There were a few bumps in the road along the way due to the ancient version of PHP we were previously running and a nasty obscure bug with our particular version.

How about an overview of the major changes?

Upgraded password security!
Since SocialCu.be was created, the best practices for password security in PHP have changed quite a bit. We were almost ahead of our time with our original implementation... almost. Due to the aforementioned obscure bug, apparently our version of PHP actually suffered slight data loss under certain conditions during the password hashing process (which is horrible that it made it in PHP at all) but what's done is done and they've fixed the issue in subsequent releases.

Therefore, we have set it up so that as soon as you log in, you password is seamlessly upgraded to the current standard without it ever being exposed. No additional action necessary. However if you have contact with an old user here, we strongly suggest you reach out to them just to get them to log in so that their old password isn't sitting around as is.

Unfortunately, this also brings along with it the "confirm password" field. If you were already using a password manager to log in, it should be safe to have this autofill with the same password. However, if you were typing your password manually, this is an unfortunate necessity to account for the data loss that PHP bug may have caused. Without going into technical details, we have to be extra sure it's actually you logging in, just to be on the safe side in case your password was affected by the bug.

Really sorry about this. Blame PHP for releasing broken stuff (and then not making a big deal about it so people would know when they fixed it). ?

Encrypted mail going forwards!
All messages starting now are going to be encrypted (both body text and subject) for additional privacy in case we ever have a breach of the mail database. We don't suspect there will be one any time soon, but better safe than sorry.

Again, this change should be pretty much seamless. You'll see your old messages just as you'd expect and any new ones will look the same (but a bit safer behind the scenes).

Upgraded PHP version!
As a necessary measure to implement the previous two changes, we've done a full sweep of the active codebase to make sure that it runs without errors in PHP 7.x. A number of changes in the PHP spec meant adapting older areas of our code to play nicely with now-deprecated functionality. Good news is that if you haven't seen any errors yet, we did a good job.

If you do see an error somewhere, PM one of the admins and we can take a look. There's a lot of code, so it's likely we just missed something.

One additional point to mention is that the site should now be slightly faster as PHP 7 brings with it quite a bit of extra performance for free, which is nice!

Added missing styling to certain pages!
If you ever reset your password or viewed the term of service, you may have been a little sketched out, because honestly, it looked pretty bad. But fear not, it now looks consistent with the rest of the website's styling. Just seemed like a good thing to address while we were at it.

Tons of minor fixes!
In doing the code sweep, a number of long-standing minor issues were also addressed such as incorrect timestamps in the outbox and missing mod stars in the news comments. I won't bother listing all of them here since most you'd hardly even notice and honestly I didn't even bother keeping track. :P

Version number bumped to 3.1!
Self-explanatory! But this was enough change that I felt we should increase the number. Cuz we don't do that very often.


So with all that being said, what's next?

As we've mentioned previously, SocialCu.be will still not be under active development aside from security fixes and misc. non-security-related fixed like those mentioned above. We are still looking at the possibility of adding two factor authentication and a way to reset your password if you forget it (other than contacting SLEDGE), however those will not be implemented for at least a while. And of course, if any future issues arise with the security of the website, we will be sure to address it.

Thanks again for using SocialCu.be, and I hope you enjoy the update (even if most of it you'll never notice :P )!
Comments (3)
v3.2