Beyond the Power of Your Imagination 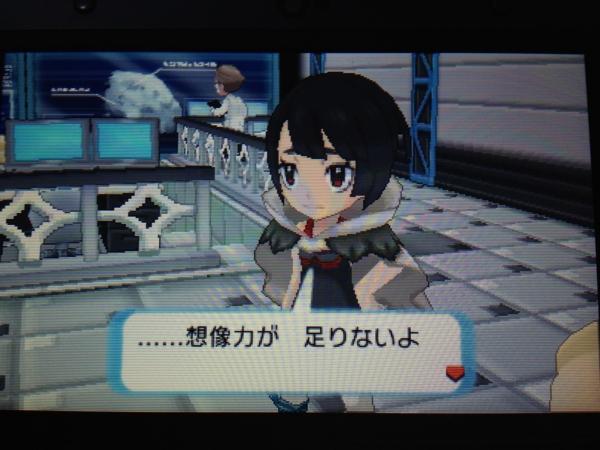 Although I already wrote this old blog about my signature over on Paint back in 2019, I decided that I'd write a new blog about it last year (which this is basically a copy of), that goes into a bit more detail not only about my signature on here and on Paint, but also Zinnia's actions during the Δ Episode of Pokémon Ω Ruby and α Sapphire Versions, in order to better understand the context in which she says that famous line of hers that I quote in it.

First of all, it is worth pointing out to those unfamiliar with Pokémon Ω Ruby/α Sapphire Version that Zinnia is a member of an ancient tribe of Dragon Masters know as the Draconids, and that my username, the names of my main group on Paint and my Discord server, the theme of my profile, and numerous other things of mine on Paint, here on SocialCu.be, and elsewhere were directly inspired by her, the Draconids, and the storyline of the Δ Episode, and my signature is yet another example of this overall "Draconid theme" of mine.
(I even wrote these lyrics for her main theme song in the games, lol!)

Now, for those unfamiliar with Japanese, my signature is written in Japanese Kanji, which are a type of Japanese letters that are similar to (and oftentimes the same as) Chinese ones, in that each Kanji character has a certain meaning (or sometimes multiple possible meanings), rather than a certain pronunciation like English letters do.

Although Zinnia is shown saying it in-game in the image at the top of this blog, this is my signature:

And this is my signature written only using Hiragana and Katakana , 2 different types of Japanese letters that (like English letters) are phonetic, meaning that each letter or combination of letters has a certain pronunciation, rather than a certain meaning:

And finally, this is my signature in Romaji, which is when you spell Japanese words or names using Roman letters (the same letters used in English and most other European languages), making it possible for people who don't know how to read Japanese letters to be able read it and pronounce it:

Now, let's go over what exactly my signature means in English, and why it is that I chose it. 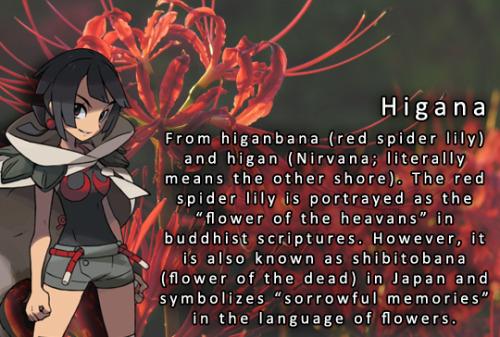 Now, there are multiple possible English translations of this particular Japanese quote of hers, and this is further complicated by the fact that she actually says this twice during the storyline of the Δ Episode (with slightly different punctuation used each time), and it is translated into English differently each time that she says it in the game.

Although most of the online translators that I entered it into translated it as "imagination is not enough", in the actual games it's translated as "You guys need some imagination" the 1st time that she says it, while the 2nd time it's translated as "Looks like it's beyond the power of your imagination", with my signature being a quote of her saying it the 2nd time, which is why it begins with "……", just like in that 1st image at the top of the blog.
(For those interested, the other version of this quote is one of the common phrases that can be used in Festival Plaza in the Gen 7 games, which is given by Hoenn Tent ★★★★★.)

Now, I still don't know much Japanese, but based upon both the situations in which she says this and the Kanji characters used, I would tend to assume that the 2nd in-game translation is the most accurate translation of this, as 想像 (souzou) means "imagination", 力 (ryoku) means "power", and 想像力 (souzouryoku) means "power of imagination", according to every online translator that I checked.
(If anybody with a better knowledge of Japanese than I would like to offer their opinion on what the most accurate translation is I'd certainly appreciate it, though.)

Anyway, although it certainly is a nice quote even without understanding the context in which it was originally said, for those who wish to know why exactly Zinnia says this in the first place, you will need to have a pretty good understanding of the storyline of the Δ Episode, which I will provide in the (spoiler-filled) spoiler below.

Please note that while I do use exact quotes of all of the things that the different characters say in it (which I copied and pasted directly from Serenes Forest), I repeatedly bounce to different points in the Δ Episode storyline throughout it, in order to highlight specific pieces of dialogue that help in explaining certain things.
(In other words, it's a nonlinear explanation of certain aspects of the Δ Episode's storyline, rather than an exact transcript of all NPC dialogue.)

Char limit has been updated to 4 million now. Sorry about that. :/
Reply

6DraconidJoashu 1 week ago
Hmmm... It seems as though there's a text limit for blogs here after all. @TulipsOfLove @DCTheGamr
Reply
v3.2