It started out that humans had developed a way to help survive zombies by developing teleportation devices. It can only teleport short distances and requires a period of cool down, but it was very helpful at times.

The cities of man have all been bombed to kill the undead. Huge walls were built around the ones that still had humans in it. So all the cities in the world had giant 1/2 mile tall wall around it. Inside the city a lot of buildings were destroyed, but some were still in tack and functional.

This was all knowledge known to me at the time and me and a group of survivors were running and teleporting through the forest out running a horde that was bent on ripping our flesh apart.

The zombies behaved like the way they did in World War Z, running over each other. Pretty much doing anything they could to get to you:

Our goal was to reach a settlement that we hoped was still around. We were attacked at this settlement, and the woman I loved got captured by the monsters. I put a bullet between her eyes to save her pain.

Months later we were in the settlement. This was one of the few cities that was mostly in tact. They still had a college, and I decided to attend it.

It was then, that the zombies began to think and learn.

But they found out a way to look and talk like humans. They would then go to houses disguised as one of us, then they would knock on door and have brief conversation. Then they would turn into a zombie and attack.

I was walking through the halls and I found a little boy, about seven years old. He wouldnt talk to me, but he kept walking closer and closer. I didnt know about the zombie disguise yet, this is how I discovered it. 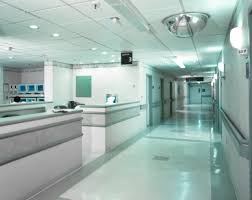 Then his eyes turned pitch black and came at me, I conviently had a shovel in my hand and smashed its head before it could bite me.

There was another older man that did a similar thing.

We now had a new challenge to deal with, but unfortunately I woke up before the plot progressed.