It started out that we were fighting zombies like any ordinary zombie movie. However we were loosing the war, so the last of us had to abandon Earth.

We built a giant space station that orbited the Earth, we would have machines go down to the surface to gather supplies. Then they would come back up.

The Station was the size of a small city, plenty big for the last of the human survivors.

@SLEDGE and I were the only survivors of people I know personally. There was a general that ran the station. It was a military operation and martial law had been in place for years.

Everything was going fine, I was one of the few on the station with a degree in anything. This took place after I finished my Particle Physics Degree, and I was the chief engineer or something and would inspect the station.

Well one day I came across a secret lab, I went inside and found that the general had brought zombies up to study.

I was pissed, "You put the rest of humanity in danger just to get back at these bastards!"
The general obviously didnt care what I said and had me escorted out.

Well soon after they escaped their cells. And were rampaging through the station. A section got sealed off and there was now a significantly large part of it that was now crawling with the undead.

Well hours later the zombies started tearing the station apart. The station was not going to last much longer.
@SLEDGE and I went into protective cryotubes to try and survive.

We watched the station explode, and we drifted away from the station as debry and people flew in every direction. You could see the people change into zombies in the middle of space. 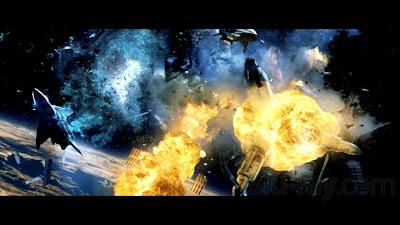 @SLEDGE and I watched in horror as the last hope of humanity was destroyed before our very eyes.

We got blasted far into deep space.

Thousands of years later we woke up. Our cryotubes awakened us, we were in a piece of the station.... the gift shop. It had everything from LEGOs to food. So we were going to make it. We were in the middle of space but we were (as far as we knew) the last of mankind.

So we got a plan and decided to explore the galaxy to find our long lost brothers and sisters.

We made a suit that could go lightspeed+ and we explored the galaxy, there were zombies everywhere. It appeared that this disease spread all over the galaxy with the explosion of the station. There were alien and human zombies I kept having to shoot.

I eventually found a small outpost in the outskirts of the galaxy that had the last surviors of the human race.

But it was being invaded by zombies. I helped them fight off the invaders, I took my last stand there.

A giant troll looking zombie jumped at me and crushed my head. I dont think the civilization made it.


**Technically the dream didnt end. But that was the last of the logic. I respawned back at the gift shop with anthony. I wanted to go back to the station because (like minecraft) all my stuff I had gathered was there. I needed to go get them, I never made it because I woke up before I could figure out where that outpost was)**